As we mentioned in the previous publication, the UMC participated in the leading international innovation exhibition of the maritime industry – SMM 2022 that took place at the Hamburg Exhibition Center on 6-9 September, under the slogan “Driving the Maritime Transition”.

The delegation of the UMC presented their booth, which reflected members of the Cluster – maritime companies and educational institutions. During the three days of the exhibition, numerous high-ranking officials, representatives of shipbuilding companies, and cluster associations were hospitably received at the UMC booth. Among the respected guests were representatives of the Damen Group, that became a really significant event for the Cluster, in particular for MDEM(Marine Design Engineering Mykolayiv), whose colleagues were in the delegation.

The UMC booth was personally visited by Kommer Damen (Chairman of  Damen Shipyards Galati and DSNS) and Mark van Heyningen (Operational Director of DAMEN Shipyards), representatives of  Damen Shipyards Galati and DSNS. Honored guests got acquainted with the materials of the Cluster members and paid special attention to a video representing footage of the destruction of Mykolaiv, which has been being under shelling since the first day of Russia military aggression. They were deeply impressed by the speech of Olena Zhukova (MDEM Director) about the reality of until recently picturesque city, by the courage of those people who remain in Mykolaiv until now, and expressed their compassion to their colleagues and all Ukrainians. This especially touched colleagues from MDEM, as Damen is a family business, its highest value is family and at MDEM everyone has experienced this personally and is extremely grateful to the Damen Group for their strong support provided to the company’s employees and their families since the beginning of the war is impressive. With Damen assistance, more than 800 persons were evacuated from Mykolaiv and Kherson, where MDEM offices are located, moreover new locations have been created in Uzhhorod, Gdańsk (Poland) and Galaţi (Romania), humanitarian aid was provided to the MDEM families in Mykolaiv. In addition, it is extremely important that despite the difficult times, the company’s team can continue to work, participate in international added value chains, to advance and to be involved in the latest trends in the field of technology.

Kommer Damen has invited UMC delegation to take part in a socializing event from Damen, where UMC had the opportunity to hear important words of support for Ukraine and its brave citizens. Therefore, the exhibition left many memories and impressions for UMC representatives.  Stanislav Seleznov (MDEM), delegation member  kindly shared his expressions with us:

“The world greatest maritime event has finished, and it’s time for reflection. What was the bottom line, the problems raised, solutions proposed, communications installed…and what should be the follow up. These are the questions that every participant or visitor of the exhibition asked him- or herself. Absolutely clear that the main idea was to drive innovations in the maritime economy and actually SMM has become a kick off for the green economy raise, maritime energy transition, digitalization, as well as open discussions on political topics such as reducing the dependency of Russian gas and oil, avoiding consequences of Taiwan and China confrontation. No wonder that political highlights visited this maritime world’s long-awaited and most important industry event, sharing their vision of the marine economy prospects. Different views and points, but in fact they all talked about one and the same – agenda of the future economy was created there and during these remarkable days. 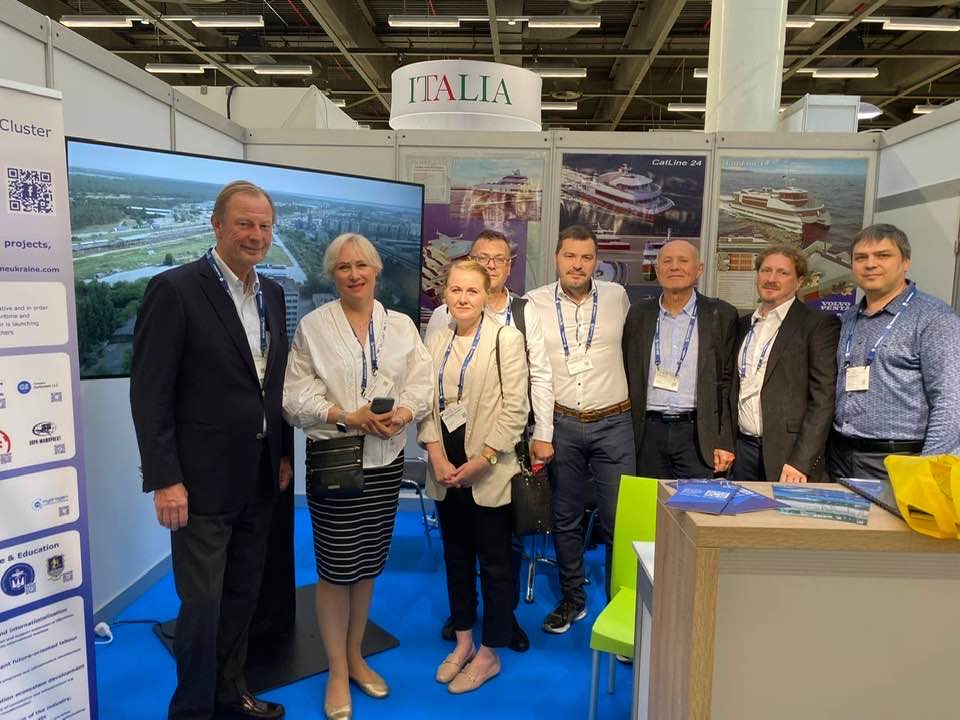 Numerous conferences, meeting, discussion and even parties, agreements and proposals, ideas and startups – all have happened there as usual in a live mode inspired by 4 years pause, exited by new challenges and supported by industry key players and politicians. The driver restarted the maritime economy, accelerating the advance to the new environmental friendly and progressive world. Everyone can think about its own achievements during the exhibition, and they are all of one and the same. However, I can say for sure that UMC delegation even exceeded expectation – it has become an honor to present the country but not only the maritime community of Ukraine. The Director of UMC Olena Zhukova has turned our visit into the presentation of Ukraine participating in the international discussions on the highest level with key figures of the world’s maritime economy. Incredible success of the UMC booth, many delegations visiting us, words of support and actual proposal for the resurrection of the Ukrainian shipbuilding as well as interesting commercial offers and many other have taken place inside this small area. And these were of as great importance.

A long and hard work is ahead, but we are ready for the follow up. All the results of negotiations should be secured and give a start for the new initiatives. This will certainly help us to be in line with the world industry leaders and give a chance for the fast economy raise when the war is over. We do believe it will be soon. We have no doubts we shall arise. So, full ahead. Glory to Ukraine!”