Review of events with the UMC participation within the international exhibition on shipping, shipbuilding and port development «Odessa 2021»

From August 31 to September 2 the International Forum “Trans Expo Odessa 2021” took place in Odessa. Within the Forum, a series of events took place with the joint organization and participation of the UMC.

On August 31, the Ukrainian Maritime Cluster took part in the round table of the naval defense industry of Ukraine at the pavilion of the Ministry of Strategic Industries. Representatives of the Ministry of Strategic Industries, LLC SE Nibulon, Shipyard Ocean LLC, SPK Kliver, State Research & Design Shipbuilding Center, Naval Capital Construction Department, Defense Express were invited for participation. The agenda of the meeting included issues of development and approval of the National Shipbuilding Program of Ukraine, the capacity of domestic enterprises and support of the public and private partnership in naval shipbuilding. 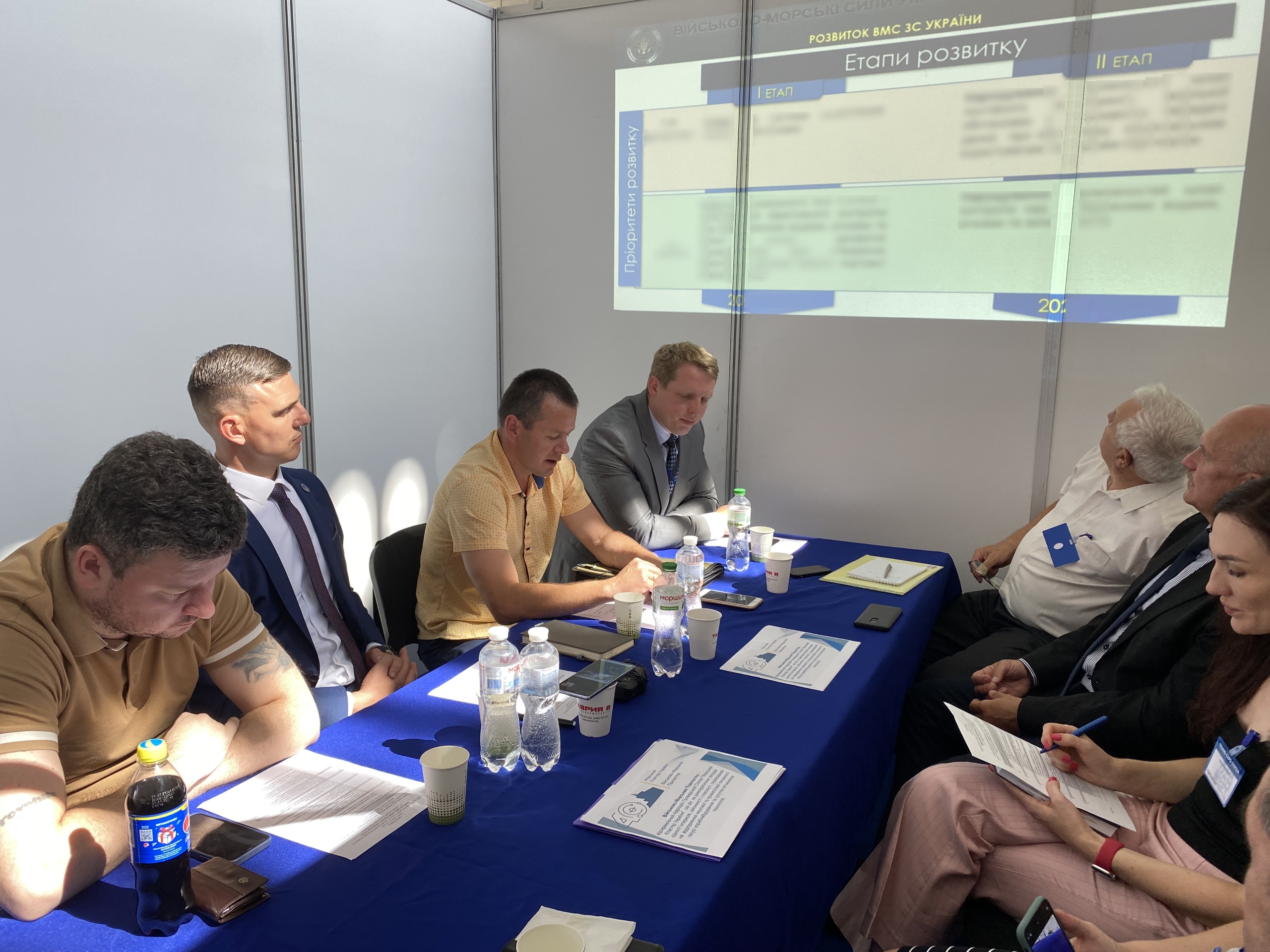 Ihor Lysytskyi, Head of the Digital Infrastructure Development Department at the Ministry of Strategic Industries, in his speech noted the importance of IT infrastructure role development and implementation of Industry 4.0 best practices in shipbuilding enterprises, the need of taking into account relevant positions in the future National Shipbuilding Program of Ukraine. The participants of the round table expressed their intention to send proposals to the Ministry of Strategic Industries of Ukraine in the nearest future to support the program. 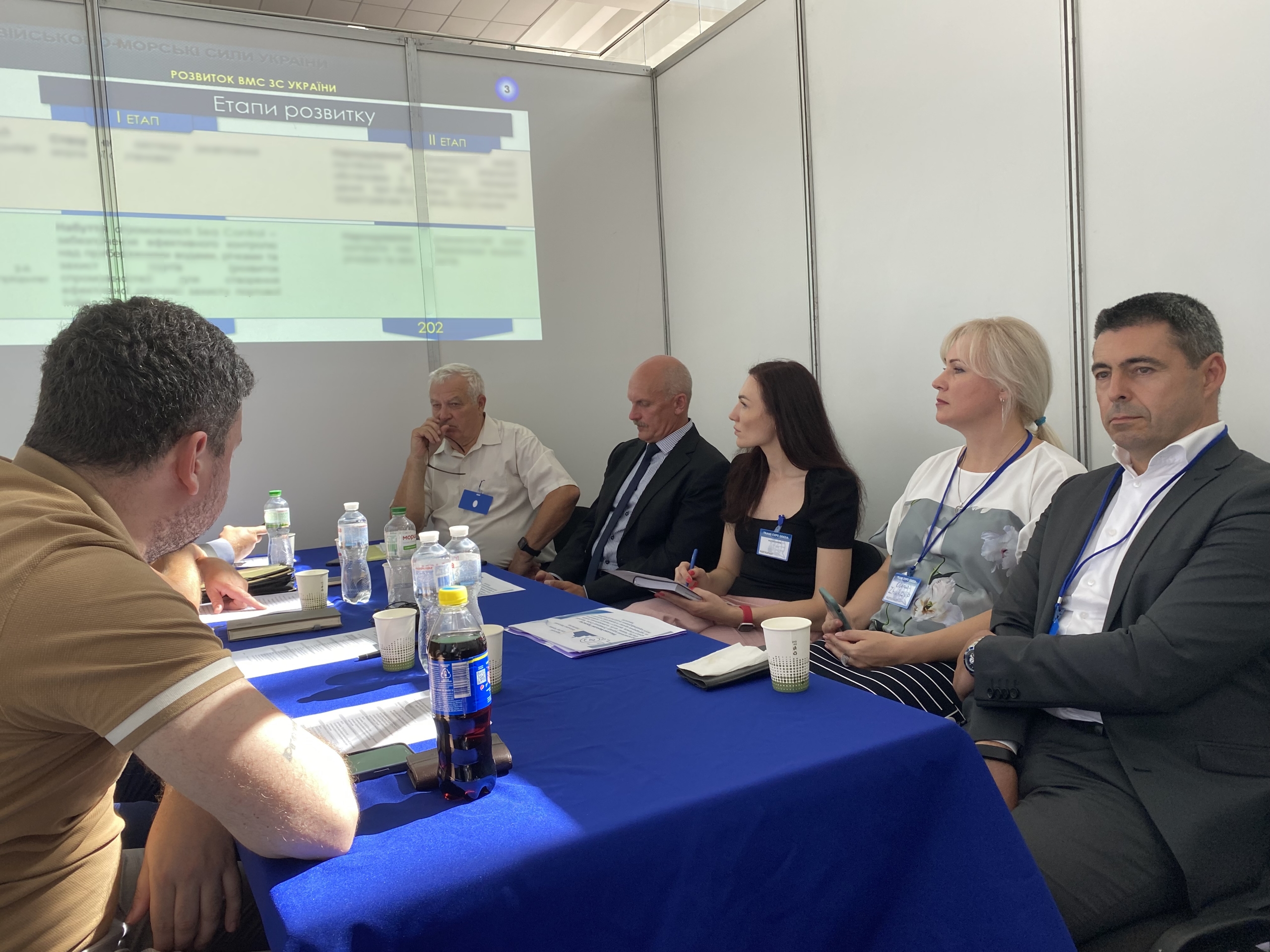 On September 1, a round table “Blue Economy: Defining Prospects and Agendas for Innovation Clusters and Technological Business Communities” was organized by the Ukrainian Maritime Cluster, APPAU and Industry4Ukraine. During the event, participants discussed the state of Black Sea initiatives in the Blue Economy, including the positions of the government of Ukraine, the position on the Blue Economy of the Sustainable Industry Committee of the Industry4Ukraine platform and the Ukrainian Maritime Cluster, the position on the key innovations and digital technologies in Blue Economy initiatives support, the position of the Stakeholders’ Initiative of the Southern Region, as well as available for Ukraine European programs and funds that support the initiatives of the Blue Economy. Find more details in the broadcast via the link: https://fb.watch/7MM3_pQaVV/

Within of the discussion, Artem Vashchylenko, Chairman of the UMC Supervisory Board, moderator of the round table, presented European policy documents on the Blue Economy, as well as programs of strategic research and innovation, which are directed by stakeholders from scientific community, financial institutions, industry, politics and the public to address key maritime issues jointly, promoting the economic prosperity of the Black Sea region, creating important support systems and innovative research infrastructure, improving education and building the potential of “blue growth”. It is obvious, that the issue of policy-making and the agenda for a climate-neutral, sustainable and productive Blue Economy in Ukraine remains as an open issue. Find the presentation of the speaker via the link: Blue economy: state and prospects in Ukraine 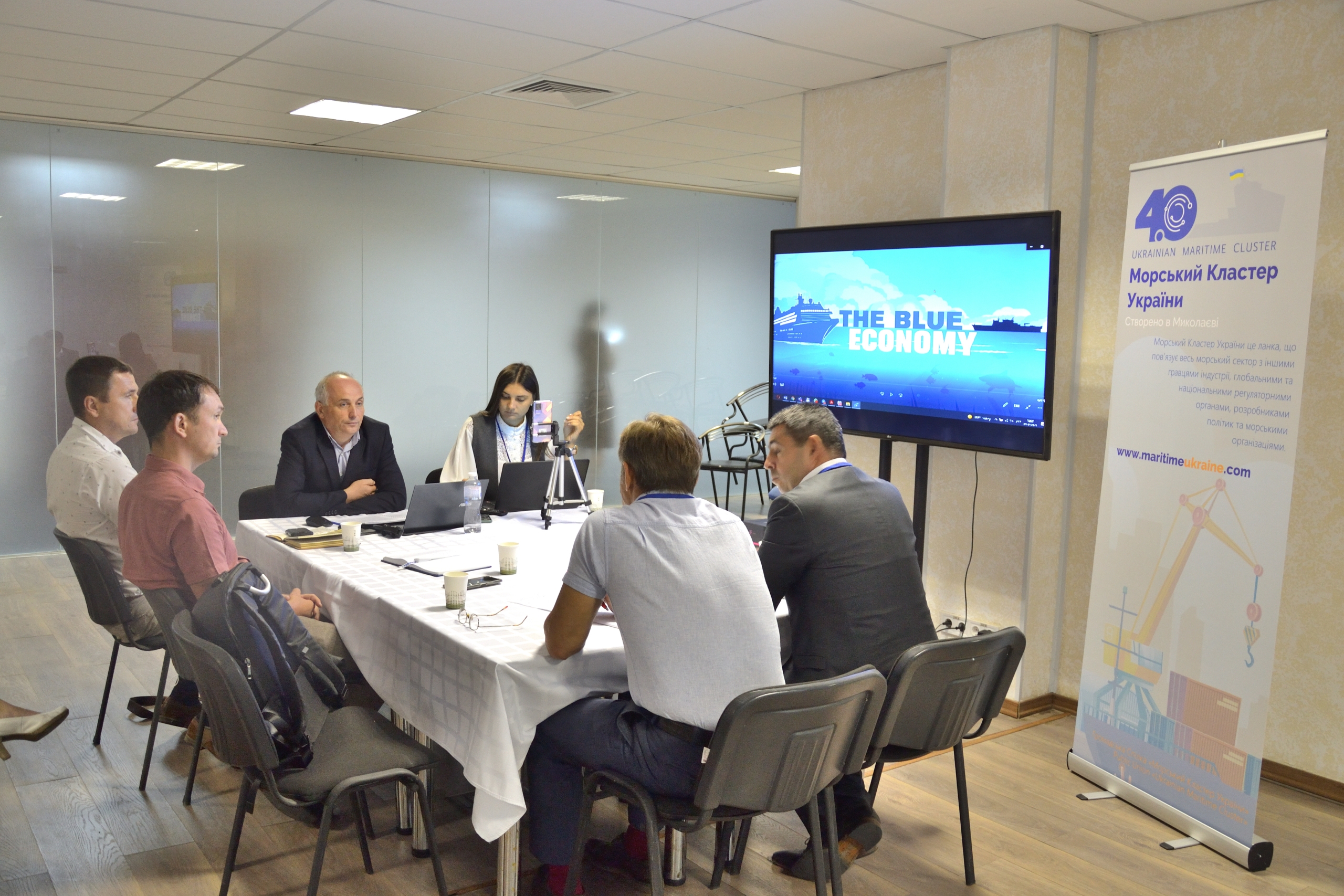 Participants of the round table made the next conclusions:

Conclusion №1. The level of the Blue Economy at the state level is currently low. Despite the fact that this topic has been developing in the EU and worldwide for many years, it is still at the primary level in Ukraine. Assembly and consolidation points have not yet been found at the state level, although attention to this topic is quite high, including in the Black Sea countries.
The EU is investing heavily in Blue Economy programs, and it is important to realize that it is not rather about the environment, than about the economy and business (jobs, relevant sectors and new businesses). Areas of funding include many 4.0 areas, including Research & Innovation, energy development, waste recycling / management, green maritime transport development, environmental monitoring, geographic information systems ets. In Ukraine and Odesa, in particular, there are many organizations and experts in this area, but it is characterized by significant fragmentation, lack of a holistic vision.

Conclusion – proposal №2: the point of assembly – consolidation in this aspect for the “business science-education” system can be the Ukrainian Maritime Cluster. Artem Vashchylenko in his presentation provided a broad overview of European directives and it should be noted that UMC and the Sustainable Industry Committee experts demonstrated a high level of awareness in this regard during the course of the round table.

The participants of the round table made the following decisions:

On September 1 in the afternoon, the Ukrainian Maritime Cluster joined the round «Digital Transformation in Shipbuilding», organized jointly with the Ministry of Strategic Industries and APPAU. The event was also attended by representatives of Softprom (the official dealers of Dassault System products), MDEM «Marine Design Engineering Mykolayiv», LLC SP «Nibulon», Shipyard Ocean LLC, Association of Shipbuilders of Ukraine «UKRSUDPROM» 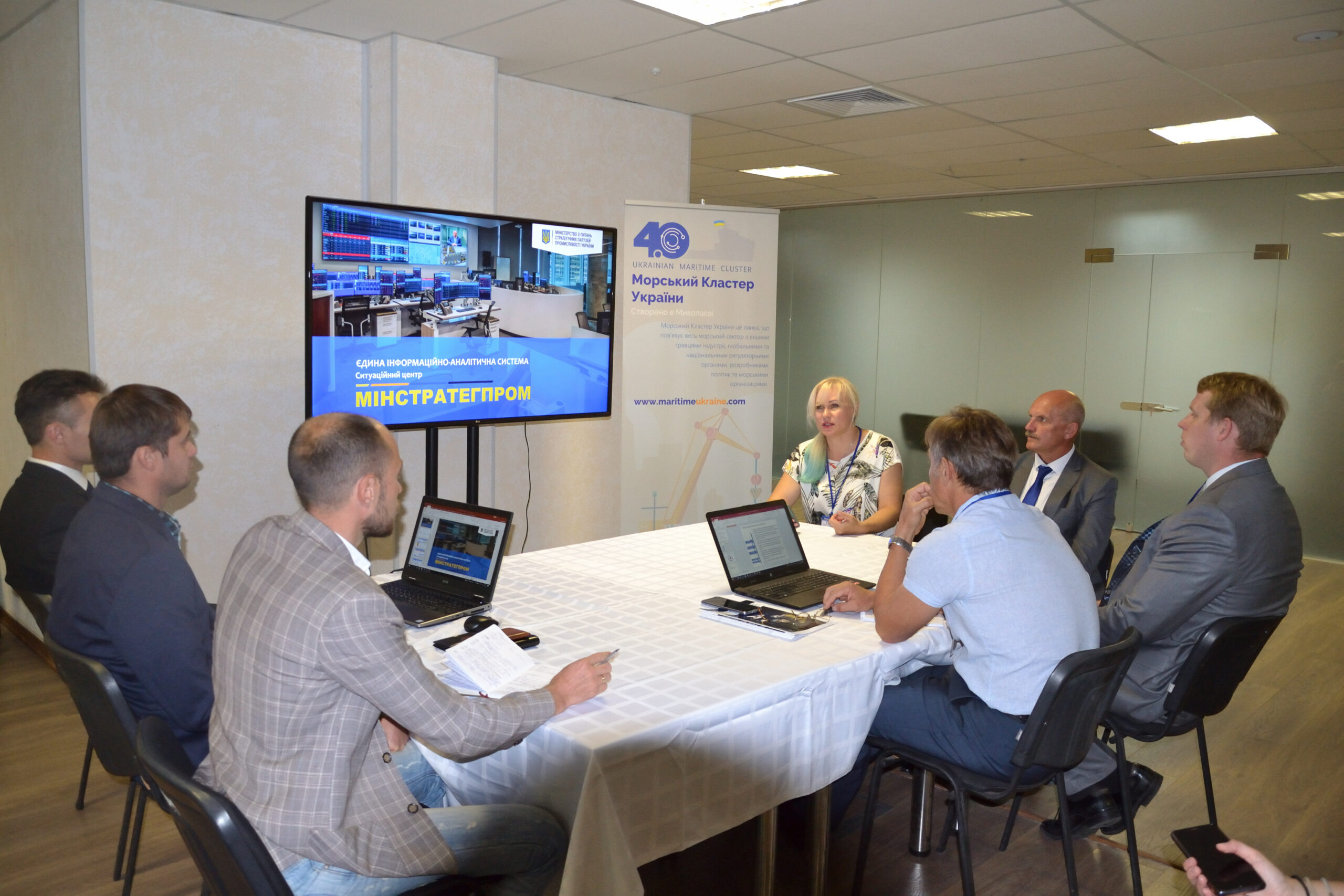 The agenda of the round table covered the following aspects: the situation with the development of industry roadmaps for digital transformation, the possibility of implementing the SIRI (Smart Industry Readiness Index), the state and options for accelerating the transition of machine-building enterprises to modern CAD / CAECAM / PLM systems. It should be noted that the moderator of the round table was Ihor Lysytskyi, Head of the Digital Transformation Department of the Ministry of Strategic Industries, who set tasks for the participants to highlight the main challenges of digital transformation of the shipbuilding industry and suggest ways to solve them. Softprom and MDEM are among active companies, which are involved in the transition process. Representatives of shipyards, which have to take part in the pilot project and become the locomotive of the digital transformation of the industry, also were among participants of the discussion.

Softprom – Value Added IT Distributor in Eastern Europe. Dmitry Kremez, representative of Softprom, told about one of the company’s leading vendors – Dassault Systèmes – a developer of software for 3D design and product life cycle management (PLM), united by a single platform 3DEXPERIENCE. He outlined the stages of digital transformation in the context of the company’s history, demonstrated examples of Dassault Systèmes solution architecture, provided an overview of the PLM platform 3DEXPERIENCE, etc. 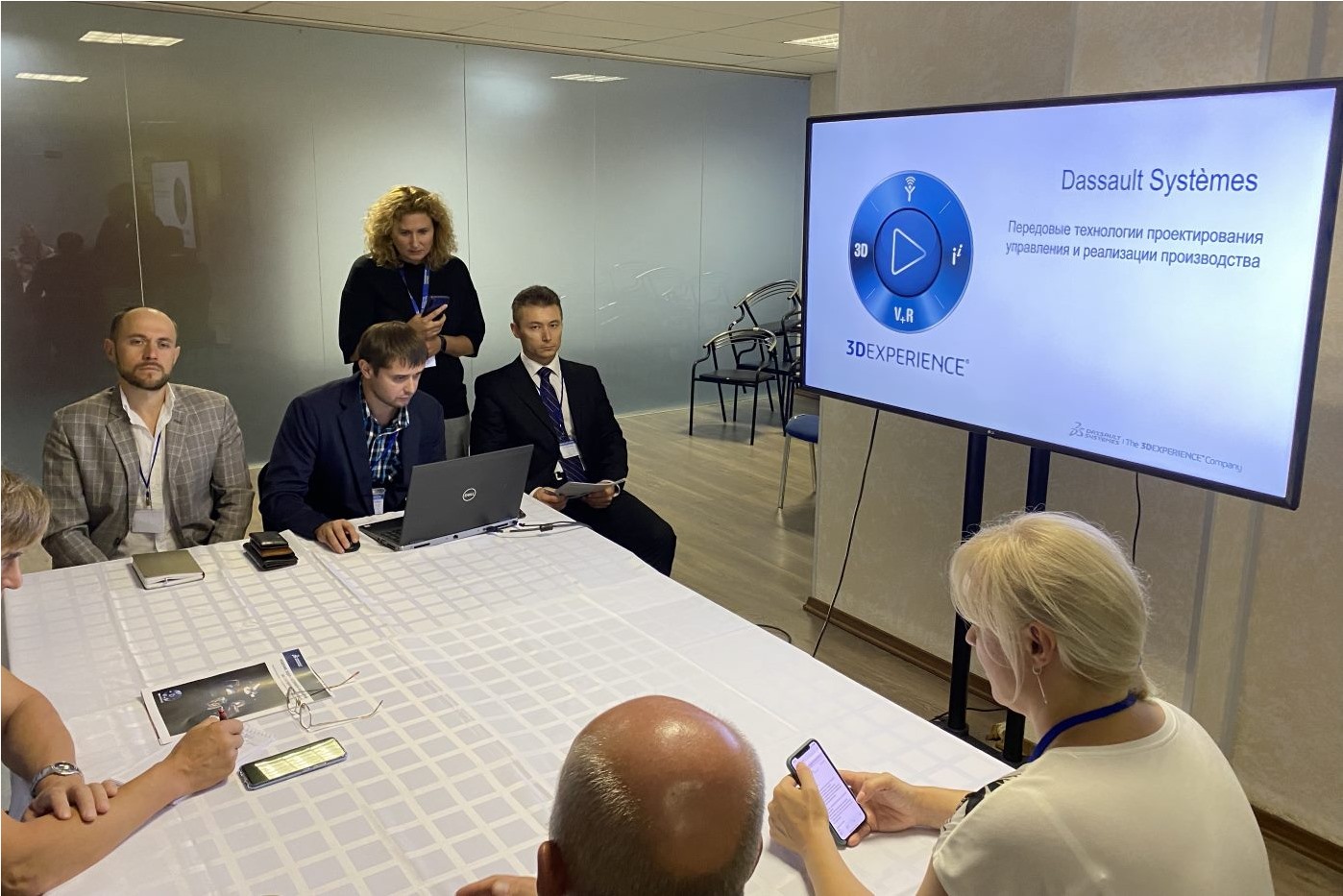 Stanislav Seleznov, MDEM representative (Damen Group), made a presentation ”NAVAIS based PLM introduction”. The company participates in NAVAIS – the program of the European Union (New, Advanced and Value-added Innovative Ships). NAVAIS consortium with the participation of the classification society BV will develop a platform-based modular product family approach supported by the 3DEXPERIENCE® integrated business platform. This opens up the possibility of creating a system of full life cycle of a vessel based on 3DEXPERIENCE platform from the Dassault Systèmes. The speaker’s presentation covered aspects of PLM development based on NAVAIS, including: MDEM role in the project; planning of NAVAIS and PLM 3DX works in the company; activities performed in PLM 3DX; new roles and required knowledge dictated by PLM; knowledge acquisition and collaboration with project participants. 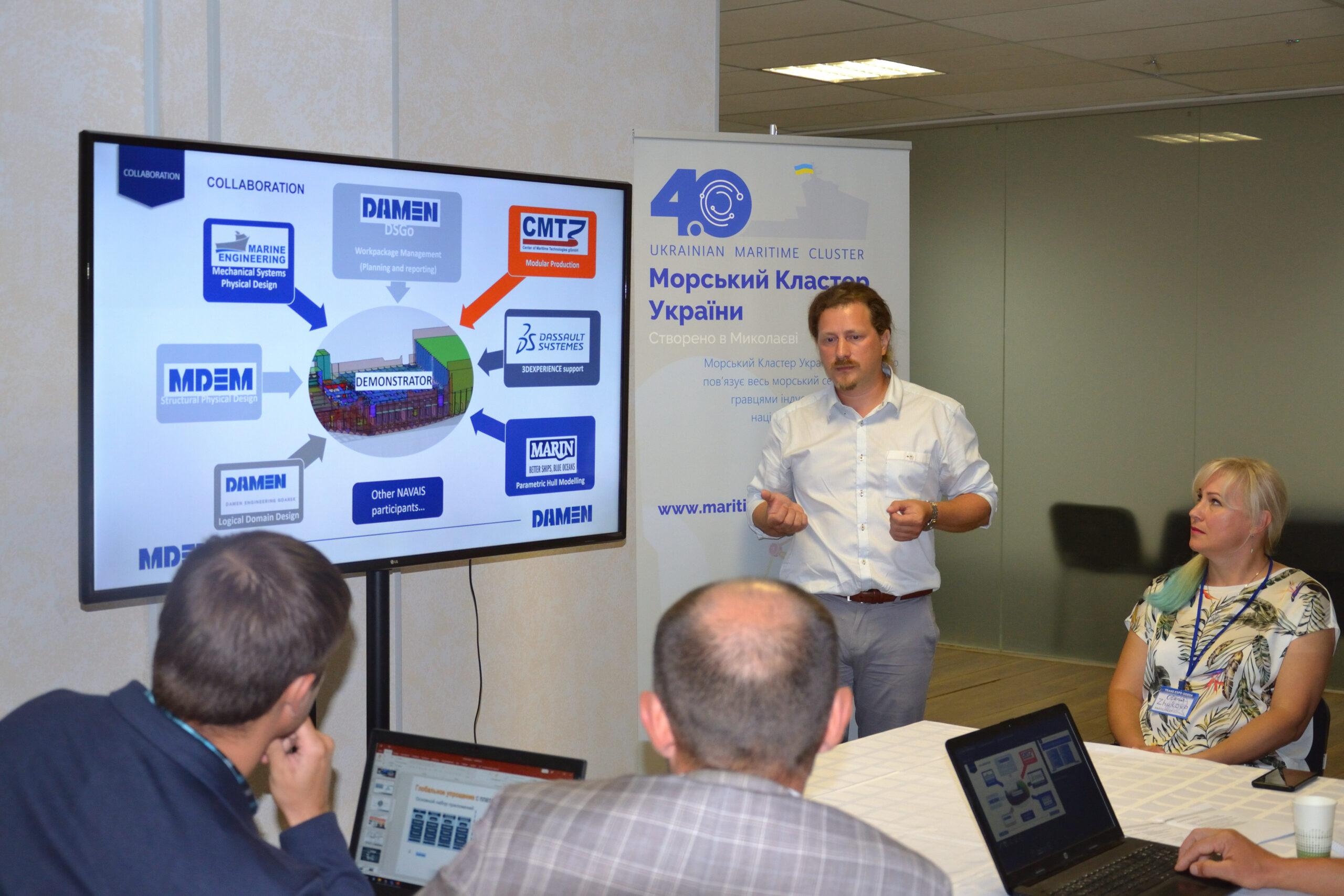 The participants of the round table conclude that NAVAIS project could become a prototype of a pilot project of digital transformation of the industry and agreed that Softprom will provide its vision of the project as a basis for consideration by UMC members and coordination with the Ministry of Strategic Industries soon.

On September 2 MDEM participated in the general assembly of «Ukrsudprom», the Association of Shipbuilders of Ukraine, which took place at the company «Marko LTD».
The participants of the event made a tour of the company, which specializes in the production of complex equipment and maintenance for sea and river fleet vessels for domestic and foreign markets. 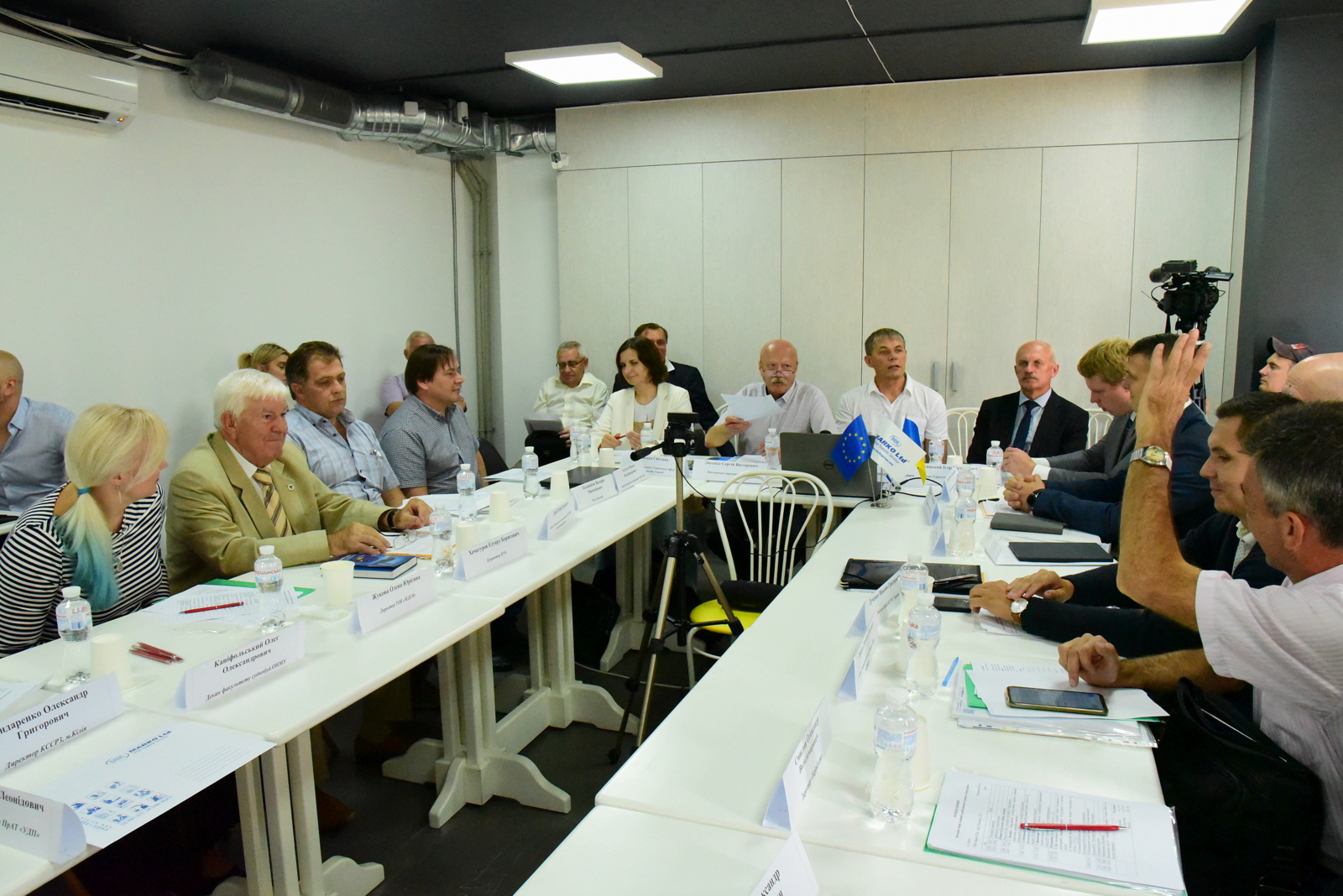 Within the general assembly the ceremony of awarding the members of the Association took place, the Ukrainian Maritime Cluster and «Ukrsudprom» reached an agreement about efforts consolidation with the possible further establishment of a joint coordinating body.