“Towards a sustainable economy” RESULTS OF THE ROUND TABLE

On May 24, Mykolaiv hosted the Blue Summit “Towards a Sustainable Economy”, coinciding the annual European Maritime Day. 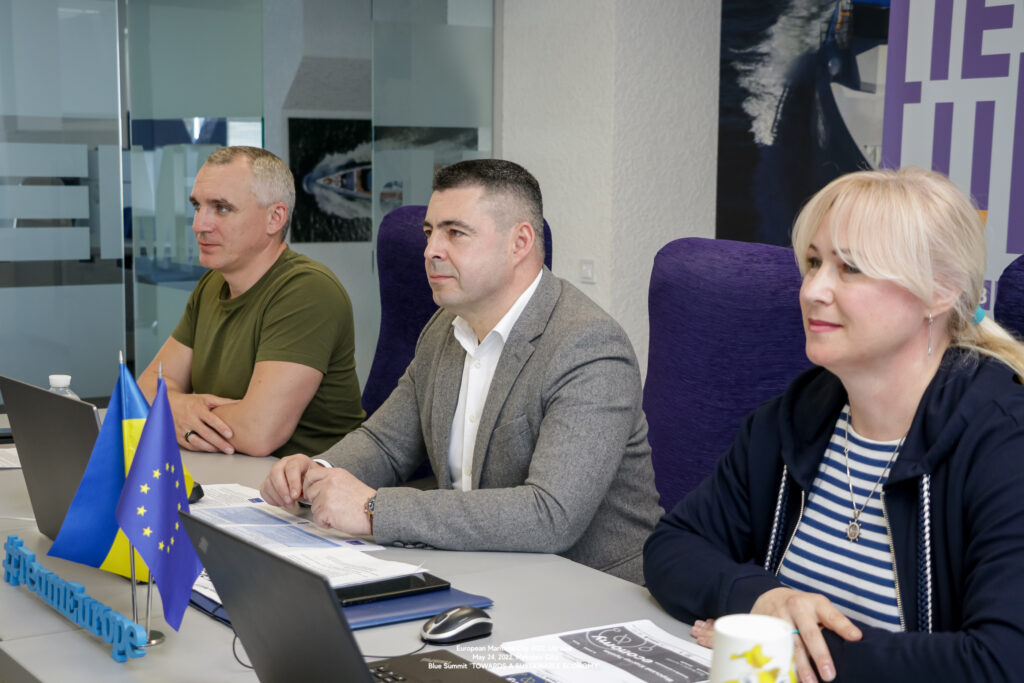 The event included three sections. The first one included opening of European  Maritime Day 2022 with a welcoming speech of Artem Vashchylenko (Team Europe Mykolaiv),
Oleksandr Senkevich (the mayor of the city of Mykolaiv) and Olena Zhukova ( Executive Director of the Ukrainian Maritime Cluster).

During the discussion of The round table raised EU policy and practice on a sustainable economy. Rene Berkvens (Chairman of SEA Europe) shared his experience on further cooperation between the Maritime Cluster of Ukraine and maritime companies in Europe, support for the maritime industry of the European Union in the future.

Eden Mammoth (Black Sea University Network) in his speech outlined the idea of a structure that brings together EU and  non-EU countries  Black Sea economies to stimulate innovation, digitalization and investment in the Black Sea economy.

Denis Chernikov (“Information Support of EU Networks in Ukraine”) spoke about the EU’s plans to rebuild Ukraine after the war, about the actions that the EU has already taken to win Ukraine over Russia’s aggression.

But almost all the speakers agreed that the confrontation in which Ukraine now finds itself is a confrontation of values and expressed their support in this struggle for the future of an independent, sustainable and innovative economy of Ukraine. 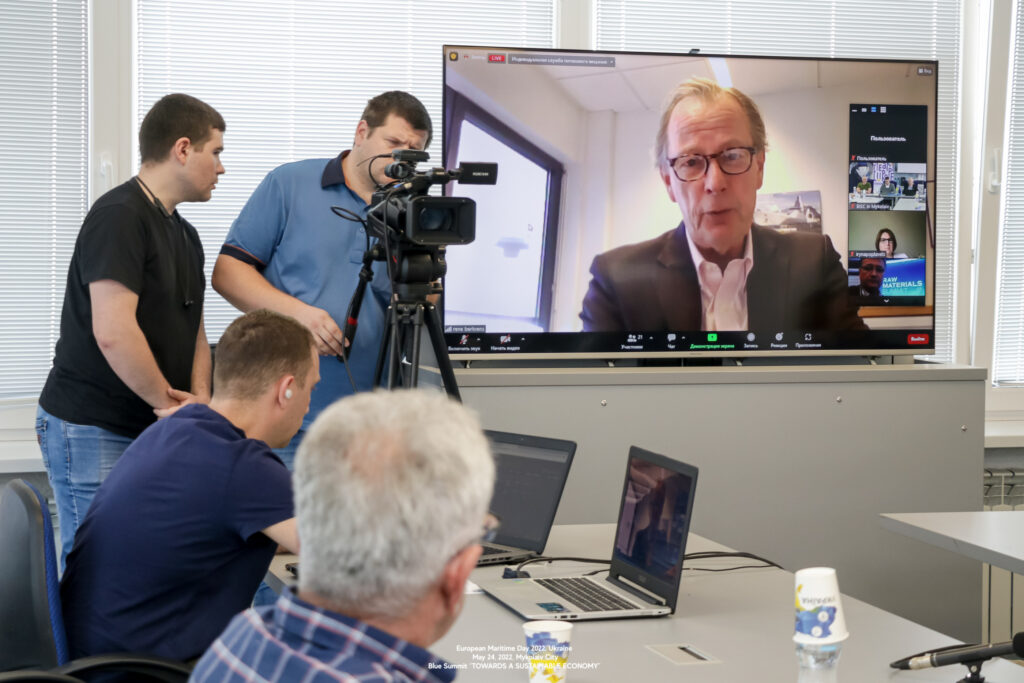 The next section of the blue summit began with a speech by the Executive Director of the Maritime Cluster of Ukraine, Olena Zhukova. In her report, Olena Zhukova revealed the role of the UMC in the functioning of the maritime sector of Ukraine, outlined the achievements of the UMC in 2022, the relevance and initiatives during the war and the strategy for further development.

It is important to note that the UMC supports flagship projects that contribute to a sustainable blue economy through the regions of maritime cooperation in the Atlantic, the Black Sea and the Western Mediterranean. Also, the Maritime Cluster of Ukraine offers services for the implementation of development projects to attract grant funds from international institutions.

Serhiy Pokuy (member of the UMC Supervisory Board) told about the new initiative “Mykolaiv  Defense Cluster”, which is part of the UMC structure. He opened the topic of the new subcluster, and the results and work plans which aimed at assisting the Armed Forces  of Ukraine and defense activities.

Oleksandr Yurchak had presentation  about the Ukrainian Cluster Alliance, namely the essence of UCA, projects and achievements. The main goal of UCA is to coordinate and develop joint services that apply to most clusters and cluster organizations in Ukraine. It is important to note that the UCA is a member of the European Cluster Alliance, an unprecedented case of European solidarity, recognition and assistance.

Yuriy Zhukov (founder and partner of “C-Job Mykolaiv“) presented a report on LDV and their role in the recovery of the industry through the creation and development of the shipbuilding protocol and the participation of the Maritime Cluster of Ukraine in UCA and its platforms. He stressed the need for state support and further development of the country’s intellectual potential.

In general, the issues of the work of the humanitarian staff during martial law were raised by Artem Vashchylenko (director of the Business Support Center). Yaroslav Kovalenko (Ukroboronprom ) and Ihor Lysytskyi (Head of the Digital Infrastructure Development Department at the Ministry of Strategic Industry of Ukraine) commented on the current situation on the military front and further plans for cooperation during and after the war.  Proposing solutions to improve the situation in the Black Sea during the war. 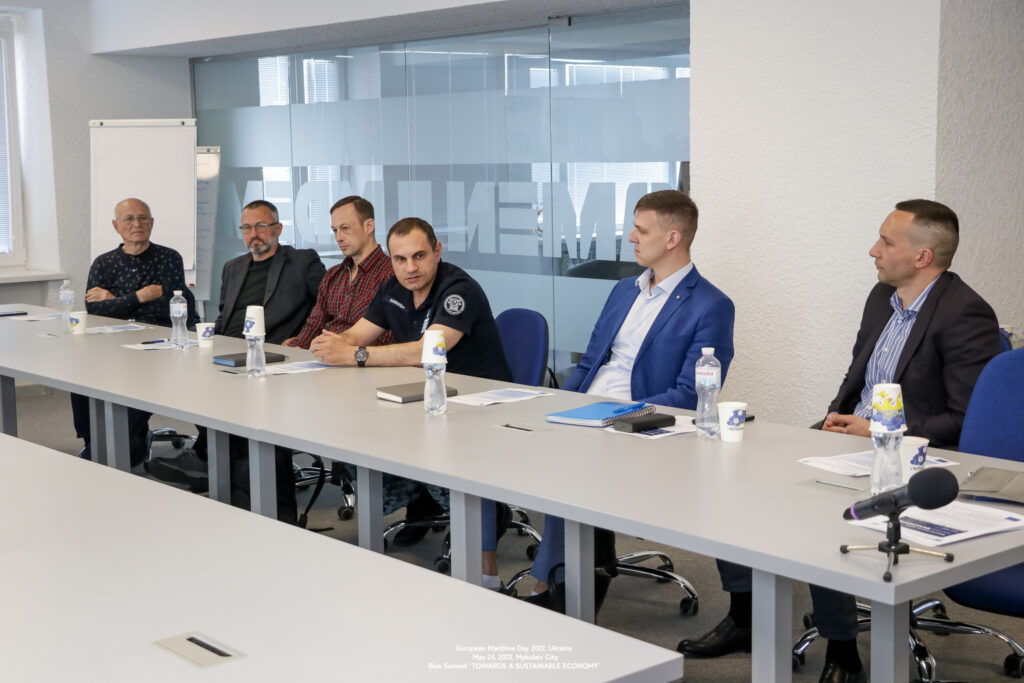 Finally, experts exchanged views on the development of the maritime industry, international cooperation and partnership. A number of joint initiatives were planned. There is no doubt about the further active development of the ship and shipbuilding industry of Ukraine and the imminent end of hostilities in its favor. The representative of the Armed Forces of Ukraine, the head of the training unit of the Navy Shagen Shayvolodyan also assured the audience.

Let’s move together to victory in the common bright future of a sustainable economy!

The recording of the Round Table broadcast is available at the following links:https://www.youtube.com/watch?v=bDvvCfS_56c 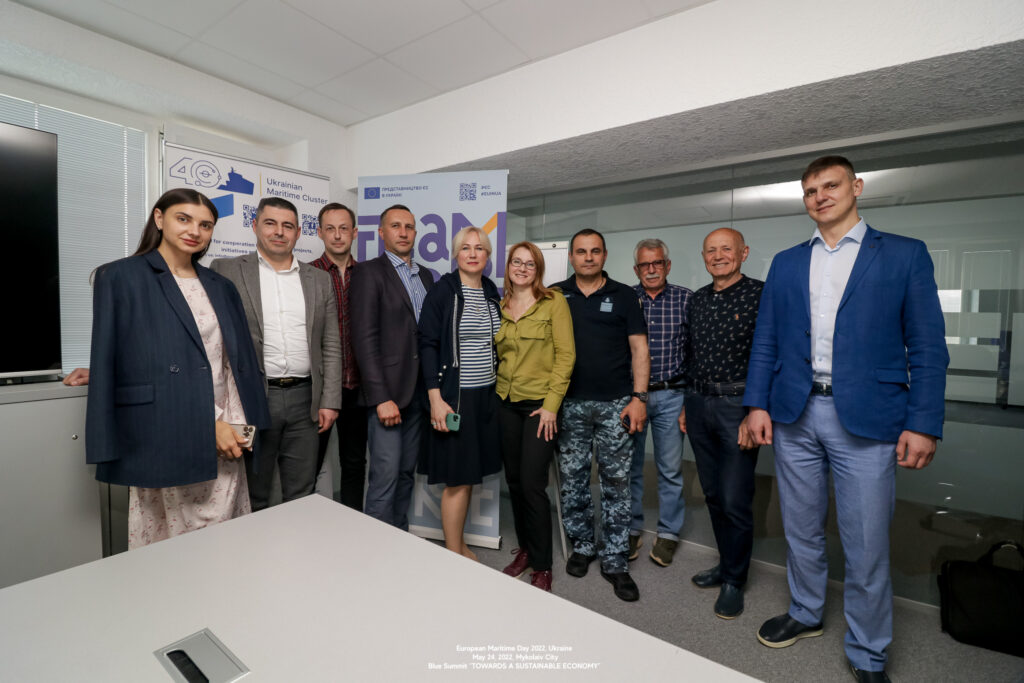