Meetup “Ukrainian machine-building and engineering during the war”

On the 23rd of June, the meetup “The support by machine-building vendors” was held under the auspices of the Cluster Alliance and the Cluster of machine builders of Ukraine in a videoconference format. Among participants were UMC representatives – the director of C-Job Nikolaev, NUOS Professor Yu.D. Zhukov and Head of Engineering Services Department of MDEM S.L. Seleznov. Conventionally, the event, moderated by A. Yurchak, consisted of two parts: the first was a speech of machine-building and engineering companies of the IAM cluster representatives, as well as guests, in particular from the UMC, and the second one: speeches of vendors representatives who have proposals for machine-building companies adapted for the period of hostilities.

In the course of the meeting, representatives of the IAM cluster outlined the state of affairs in the industry by regions – Kyiv, Kharkiv, Vinnytsia, Zaporizhzhia, Mykolaiv, Khmelnytskyi, the key changes that have taken place with companies since the beginning of hostilities, interaction with vendors, supply opportunities, and the reorientation of production to the needs of the army. From Mykolaiv there were two speakers from UMC – prof. Zhukov Yu.D. and Seleznov S.L., who shared their experience of adapting the engineering companies operation to the war conditions, creation of temporary offices in remote locations and features of project management in these circumstances. At the end of this stage of the event, participants have got a complete overview of the state of the industry, exchanged of experiences and contacts of speakers. 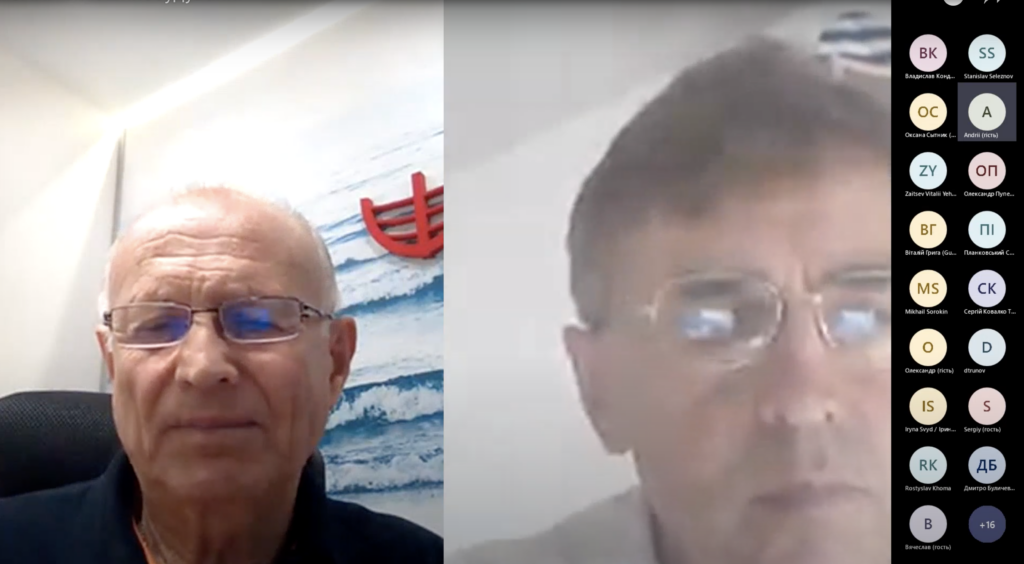 In addition to representatives of production and engineers, a separate part was also allocated for vendors, as well as their special offers to maintain the efficiency of companies in engineering industry. Vendor companies in their speeches pointed to the leading role of mechanical engineering in the wartime economy, described their cases and agreed that it is necessary to ask companies with foreign capital for special conditions for our manufacturers. Separately, the topic “CAD in mechanical engineering” was considered by the Industry4Ukraine digitalization committee. In addition to examples of new CAD and PLM systems introduction,there were considered the issue of new software distributors offices creating and functioning, special payment conditions for machine-building companies formation in our country, and efficiency of design and production increase.

Considering the problems and the wide range of outlined issues, the meeting was a little delayed and went beyond the time limit, however, no one among participants left the conference. After they have drawn all necessary conclusions and noted issues for discussion for the next event, organizers proposed reaching the level of personal contacts in order to form the most effective interaction between companies in the IAM cluster and in the Cluster Alliance.

On behalf of MDEM, we would like to thank O. Yurchak and his team for a fruitful event, interesting topics and initiative.

See you next time!